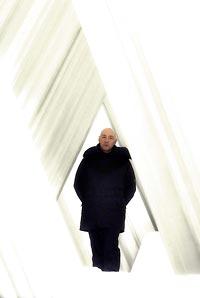 At some point in Bryan Singer's soulful "Superman Returns," you just know someone's going to say, "Look! Up in the sky! It's a bird! It's a plane!" — it's part of the mythology, like Kryptonite and belted red trunks. But the way that dialogue is handled is typical of Singer's traditional yet fresh approach to the material. Three people stand around a newsroom photograph, pointing at what may or may not be a distant image of the Man of Steel, and the lines come out rapid-fire, like in a screwball comedy. It's crisp and zingy and feels exactly right, as does most of the movie.

Singer, who's already demonstrated mastery of the superhero genre with the excellent "X-Men" and "X2," seemed an inspired choice for this long-awaited film. His "Superman Returns," taking place five years after the mysterious disappearance of our hero, doesn't disappoint; it has a quiet grandeur to it. The retro elegance of its design is often breathtaking; its special effects are state-of-the-art. Though the 1978 "Superman: The Movie" used as its tagline "You will believe a man can fly," it's this film that might actually make you believe it — or, at least, want to.

At every step, "Superman Returns" is richly connected to its hero's previous screen incarnations. An early line — a dying, elderly woman, gasping out the fatal words "I love you, Lex Luthor" — is uttered by Noel Neill, who played Lois Lane in the 1948 serial "Superman." Jack Larson, who played reporter Jimmy Olsen in the 1950s television series "The Adventures of Superman," has a brief scene. The late Marlon Brando, in footage from "Superman: The Movie" and its 1980 sequel "Superman II," plays Jor-El, the Man of Steel's otherworldly father. And the film is dedicated "with love and respect" to the late Christopher Reeve, who wore the tights in the '70s and '80s movies, and to his late widow, Dana Reeve.

The story, scripted by Michael Dougherty and Dan Harris, unfolds upon familiar lines: Superman, aka Clark Kent, returns to Earth — and to his job at the Daily Planet — to save the world from the latest diabolical plan hatched by Luthor (Kevin Spacey). And while it never answers the basic, lurking question in any Superman story (Why does nobody ever guess that nice-guy Clark is really Superman? Are those ace reporters at the Daily Planet a tad slow on the uptake?), it moves along smoothly, with plenty of showstopping scenes.

Superman slowly lowers a plane onto a baseball field; lifts the famous Daily Planet globe as if it were made of cotton candy; and takes Lois Lane (Kate Bosworth) on a romantic night flight through the Metropolis skies, soaring as gently as an angel. (The biblical allusions here, with Superman as a messiah sent to save the world, are plentiful.)

The dark-browed Brandon Routh seems a bit young for the role, considering that Superman's been gone for a while, and he doesn't bring anything distinctive to his portrayal of the ultimate good guy. But his Clark Kent has a sweet goofiness, and he's got a nice chemistry with Bosworth and with little Tristan Leabu, the child actor who plays Lois' 5-year-old son. (The kid's paternity, for much of the movie, is left mysteriously vague. Hmmm.)

Routh's blandness leaves the movie available for stealing, which Spacey and Parker Posey (as Luthor's foxy henchwoman Kitty Kowalski) achieve nicely. Spacey, in particular, pounces on his role with glee; he's understated at first, but gets increasingly playful as the movie progresses. "It's Krrrrrrryptonite," he sings, with a happy little trill, as he brandishes the emerald-green substance that gives him mastery over Superman; he's diabolically pleased with himself.

As recent superhero sagas go, "Superman Returns" doesn't quite have the perfection of Sam Raimi's "Spider-Man 2," or the brooding edge of Christopher Nolan's "Batman Begins," though that may just be a matter of taste. Singer's film is earnest, perhaps to a fault, but so is the guy in the blue tights.

"Superman Returns" should swoop away with a big chunk of the summer box office, and deservedly so.

<STRONG>Brandon Routh:</STRONG> The young actor doesn't bring much new to the superhero, but he's charming as Clark Kent.