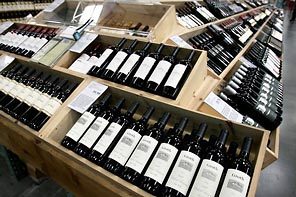 Costco Wholesale will have to live with Washington state's system for regulating beer and wine sales, at least for now.

A federal appeals-court panel in San Francisco upheld key parts of the system Tuesday, largely overturning an earlier victory by Costco in its four-year legal battle with Washington's Liquor Control Board.

Issaquah-based Costco, which operates two dozen warehouse-club stores in the state, sued the board in February 2004, arguing the system was anti-competitive and violated a federal law designed to limit monopolies.

The three-judge panel of the 9th U.S. Circuit Court of Appeals ruled that the liquor board can ban distributors from offering high-volume discounts and variations in prices to different retailers. It also upheld rules requiring distributors to make deliveries to each store rather than a retailer's central warehouse.

At Costco's annual shareholders meeting Tuesday afternoon in Bellevue, Chief Executive Jim Sinegal said he hadn't reviewed the ruling closely yet, but "we are not particularly happy with the result. We don't think the 9th Circuit was as thoughtful about protecting the consumer as it should be."

Paul Shipman, chief executive of Redhook Ale Brewery in Woodinville, likes the ruling even though Redhook probably would have benefited financially from a Costco victory.

"When you grind distributors out of existence, there's a small benefit to consumers with a more efficient system, but retailers and producers quickly gobble up the efficiency that's been created. In the process, you reduce the number of products that are in distribution."

The panel agreed with Costco on one matter, rejecting a state requirement that distributors' beer and wine prices be posted publicly and held steady for 30 days.

David Burman, a lawyer representing Costco from the Perkins Coie law firm in Seattle, said he "would have liked to get rid of everything" in the rules being challenged. But striking down the so-called post-and-hold rule "allows competition to start to work" and will result in "fundamental changes," he said.

Both sides still have legal options: They could file an appeal with the 9th U.S. Circuit within two weeks or appeal to the U.S. Supreme Court within three months.

Dan McCarthy, co-owner of two Seattle wine shops, McCarthy & Schiering, said the current system preserves the diversity of brands offered by retailers who compete with big players like Costco, but he doubts his shops would be greatly impacted either way.

"People don't come to our retail shops looking for the cheapest price they can possibly get," he said.

"In the end, we just want it settled one way or the other. It's got everybody hung up," Love said.

"The Legislature doesn't want to touch issues that may be involved in the Costco suit, so everybody's on tenterhooks."

A year after Prohibition ended in 1933, Washington's Legislature allowed the state to maintain exclusive control over packaged liquor sales but agreed to regulate beer and wine sales through a system separating manufacturers, distributors and retailers. The system was intended to prevent overconsumption by artificially inflating prices.

Ruling in Costco's suit in April 2006, U.S. District Court Judge Marsha Pechman said the state's interests do not trump federal law, and she ordered the state to stop enforcing key parts of the system. The decision was stayed while the appeal was considered.

Because many states have regulations similar to Washington's, 23 filed papers supporting the state in the lawsuit.

He stopped short of declaring victory, however, noting that both sides could still appeal. Smith said the board's lawyers were reviewing the decision Tuesday and had no comment on what they might do next.

Costco in-house attorney John Sullivan said at Tuesday's shareholders meeting that in addition to considering an appeal, the company will "raise questions with lawmakers" about the liquor board's rules.

Marty Clubb, owner of L'Ecole No. 41 winery near Walla Walla and president of the Washington Wine Institute, said that within the state's wine industry, "there are mixed feelings, quite frankly."

"You ended up having the U.S. District Court rule one way, the 9th Circuit rule another," Clubb said. "Who knows which direction it will bounce if it gets appealed to the Supreme Court?"

Material from Bloomberg News and information previously published in The Seattle Times was used in this story.