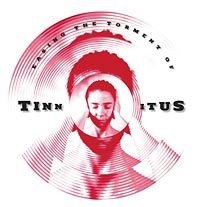 By Nick Thomas
Special to The Seattle Times

While the human scars from bombs and bullets are often visible reminders of the horrors of war, invisible injuries can be just as devastating. For U.S. Navy veteran David Young, an unseen terror has been haunting him for years.

Young spent 20 years stationed on aircraft carriers working as a boatswain's mate. Surrounded by aircraft as he went about his daily duties, there was no escaping noise from the thunderous engines. In his sleeping compartment below the flight deck, Young also spent many restless nights as outgoing fighter jets roared just a few feet above him around the clock.

"We were issued hearing protection," said Young, 53, who lives in Bremerton. "But it was still a noisy environment, and we often had to remove the ear plugs to communicate."

Toward the end of his service in 1993, Young began to experience a high-pitched ringing in his ears, a hum like a whole room full of fluorescent lights.

"The military doctors told me I had developed tinnitus," said Young. "They said it couldn't be treated and that I should just get used to it and stop complaining."

Young's tinnitus was not severe, but it was annoying, and he resigned himself to living with the condition as a civilian after retiring from the military 14 years ago.

But that all changed last January.

"I just woke up one morning, and the sound had tripled in volume," said Young. "It was incredibly loud, and I could no longer ignore it. It was with me 24 hours a day, seven days a week."

The statistics of tinnitus are as horrifying as the affliction itself. According to the Portland-based American Tinnitus Association (ATA), some 50 million Americans experience intermittent or permanent tinnitus. Between 10 million and 12 million have severe and chronic tinnitus and some 2 million are completely disabled by the condition. In most cases, such as Young's, the cause can be traced to loud noise that damages the fragile sound-detecting cells in the inner ear.

Disease, tumors, medications, or physical trauma to the head or neck can also be a trigger. But Young had experienced none of these in the weeks and months leading up to the sudden increase in his tinnitus.

"Every doctor I went to couldn't explain it, and could do nothing to help me," said Young. The unrelenting noise in his head disrupted his concentration and kept him awake, sometimes for days.

With no relief in sight, Young began researching his options. Internet searches kept pointing to one promising treatment: sound therapy.

"I found information about actor William Shatner, who had success using tinnitus retraining therapy [TRT]," said Young. "The science looked good, and it had been around for a while."

If there is a celebrity "poster boy" for tinnitus, it would have to be Shatner, whose career — and life — were threatened by the condition. The 76-year-old "Boston Legal" star says his problems began about 15 years ago, probably the result of advancing age compounded by exposure to many on-screen special-effects explosions throughout his 50-year movie and television career.

"I was in a terrible state," said Shatner from his home in California. "The more you worry about it, the worse it gets. I couldn't sleep or think, and I even thought about suicide."

In 1996, Shatner traveled to the University of Maryland and met with Dr. Pawel Jastreboff, who introduced him to TRT. Jastreboff, who now works at Emory University's School of Medicine, began clinical use of TRT six years earlier.

Shatner's treatment involved wearing a small electronic device that generated a low-level, broadband sound — a white noise — that helped his brain put the tinnitus in the background.

"When used in conjunction with counseling, 80 percent of the more than 1,000 patients I have personally treated have responded very well," said Jastreboff from his office in Atlanta. Jastreboff also credits Shatner's high profile and willingness to talk about his tinnitus for giving people like Young hope.

"I wore the device for 24 hours a day for several months," said Shatner. "Now, I don't hear the tinnitus 95 percent of the time. So it's important to let people know that in many cases, tinnitus can be managed. I'm living proof you can conquer it."

Other forms of treatment

In addition to sound therapy, counseling and medications have also been used to treat tinnitus. Because tinnitus can be emotionally distressing, counseling and psychotherapy can help some patients, while drugs may reduce anxiety and depression, which both exacerbate the condition.

Encouraged by Shatner's experience, Young approached Portland audiologist Marsha Johnson about TRT as a treatment option. Because of the severity of Young's tinnitus, she suggested trying a new sound therapy program called Neuromonics (from neurology plus harmonics), which had only been available in the U.S. since late last year and takes half the time of TRT — about six months — to complete.

Neuromonics uses white noise, a pleasant "shower-type" sound, embedded in relaxing music to reprogram the brain to filter out the tinnitus in much the same way as the brain learns to ignore the pressure of a wristwatch touching the skin. The patient uses the Neuromonics device for just a couple of hours each day.

"I'm using it with 11 patients at the moment, and they are telling me their tinnitus is less noticeable and that they are sleeping better," said Johnson, who runs the Oregon Tinnitus & Hyperacusis Treatment Clinic and is the only provider of Neuromonics in the Pacific Northwest.

Prior to its availability in the United States, its effectiveness was studied in Australia in four clinical trials over a 10-year period. Researchers found that 86 percent of the trial participants reported a significant increase in relief from their tinnitus after six months on Neuromonics treatment, which was developed by Paul Davis at Australia's Curtin University.

The results were considerably better than those who received broadband noise treatment combined with counseling (47 percent) or counseling only (21 percent).

Like TRT, Neuromonics is expensive — around $5,500 for a processor about the size of a cellphone — and is not covered by most medical insurances.

Despite the cost, Young was pleased with the results at first. "After 2 ½ months, I noticed an improvement. It doesn't make the tinnitus go away, but you do notice it less," he said.

But a mild heart attack in April brought a resurgence of his tinnitus.

"I'm back to the point where I can no longer sleep again," said Young who, like Shatner and many other tinnitus sufferers, has actually wrestled with thoughts of suicide.

"But I'm not ready to go, accidentally or on purpose," said Young. "I don't want my family to be without a husband and father. I'm just going to have to stick with the treatments and hope to get the tinnitus under control again."

Encouraged by his own early results with sound therapy, Young advises people who have been told there is no treatment for their tinnitus to seek help from an expert.

"Without treatment, tinnitus really envelops your whole life," Young conceded. "You can't hide from it."

Hope for a cure

David Fagerlie, chief executive of the American Tinnitus Association, is optimistic that research will eventually provide a cure for tinnitus.

"Every credited researcher I have spoken to believes there is a real cure on the horizon," he said. "Unfortunately, the federal government spends less than $2 million for tinnitus research each year. Much more is needed."

Harvard researcher Jennifer Melcher is also hopeful of a cure. She uses imaging technology, such as functional magnetic resonance imaging (f-MRI), to study the area of the brain that interprets neural input from the ears.

She says we now know that tinnitus is really a brain problem, rather than a hearing problem, because damage to the inner ear can cause the brain to register an "error," which it interprets as the sounds heard by tinnitus patients.

"Influencing that area of the brain with drugs or electrical stimulation," Melcher says, "may one day stop the noise."

Nick Thomas is a college teacher and freelance writer. He can be reached at nthomas@mail.aum.edu.

What is tinnitus? A ringing, hissing, roaring, whistling, chirping, or clicking sound in the ears with no external source.

What causes it? Multiple causes. Most common cause is noise exposure. Other causes could be wax build-up, certain medications, cardiovascular disease, sinus infection, or disorders such as hypo- or hyperthyroidism. When it's a symptom of an infection or other disorder, tinnitus often disappears when the primary problem is treated.

Is there a cure? Not yet, but a variety of treatments, including sound therapy described in this article, have helped some people live with the condition. Eighty-five percent of tinnitus sufferers do get better.

How to prevent noise trauma: If you're in an environment where you have to shout to be heard, it's too loud. At that noise level, eight hours of exposure could cause ear damage. (In fact, more than an hour with a powered lawnmower can cause ear damage.) Repeated exposure to loud noise can have a cumulative effect. Properly used earplugs or earmuffs can reduce noise levels by 15 decibels.