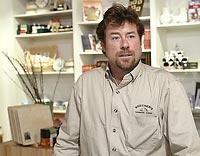 It's been nonstop restaurant action since my last news column. Trying to keep up with what's been going on has left me short of breath and long on news bites, including these:

Where restaurantgoers are concerned, Mercer Island might as well be Gilligan's Island, but the late-summer arrival of Bennett's Pure Food Bistro — a deli by day and bistro come evening — is a change in the right direction. That direction? A commitment to "pure, all-natural, additive-free food" that's "deeply rooted in the Cascadia region" and culled "fresh from the earth, the sea and the vine." Sound like a pipe dream? Well, considering that this is a personal project for Kurt Dammeier, owner of Beecher's Handmade Cheese and majority stakeholder of Pasta & Co., and considering the competition (or lack thereof), I'd bet on success. Dinner nightly. Weekend brunch. Deli open 10 a.m.-7 p.m. daily. 7650 S.E. 27th St., Mercer Island, 206-232-2759; www.bennettsbistro.com.

Tom Douglas' Serious Pie is now doing a bustling business around the corner from the Dahlia Lounge, offering a brief list of apps and pizzas. Starters like roasted Red Haven peaches with prosciutto ($10), and such "serious" pies as the one bedecked with foraged mushrooms and truffle cheese ($14), speak to the pizzeria's seasonal bent. The rustic design involves clever seating arrangements and a view onto Tomboy's commercial bread bakery. Can't snag a seat? Takeout's an option. Open 11 a.m.- 11 p.m. daily. 316 Virginia St., Seattle, 206-838-7388; www.tomdouglas.com/serious.

Mamma Melina's sons Salvio, Leo and Roberto Varchetta are back in business downtown with the opening of Barolo Ristorante, anchoring the Metropolitan Tower complex, where I look forward to seeing whether elegance is, in fact, bliss — and sampling housemade pastas, grilled meats and seafood and at least one of the 40 varieties of grappa on offer. Lunch (Mondays-Saturdays), dinner (nightly), Sunday brunch. 1940 Westlake Ave., Seattle; 206-770-9000; www.baroloseattle.com.

Mike Cicon and Teri Esensten transported Café Stellina from its tiny Central District digs into styling new quarters on Capitol Hill. Find them — along with sit-down space for 42 — in the recently renovated Piston & Ring building (where they'll soon be joined by the new iteration of Osteria La Spiga; ETA for that opening, early November). Newcomers and old friends can stop by for scones, pastries and breakfast pizzas, or lunch on a roasted beet and feta salad ($4), hominy and green chili stew ($11) or a seared-eggplant sandwich ($10). Increased space allows Cicon and Esensten to host private parties at night. Open 8 a.m.-5 p.m. Mondays-Fridays, 8 a.m.-4 p.m. Saturdays. 1429 12th Ave., Seattle; 206-322-2688.

If you haven't yet been to Madoka on Bainbridge, what are you waiting for? It's been a year since noted Seattle chef Alvin Binuya opened that spectacular Winslow retreat — envisioned, rightfully, as a casually elegant restaurant and bar. Binuya just returned from a weeklong whirlwind tour of Tokyo, where he dined out incessantly in the name of research and development. I'm curious to see how he'll put what he saw into practice on his pan-Asian menu. While menu changes are part of the draw at Madoka, they're not the only changes. Binuya recently parted ways with his working-partner Jose Gonzales, replacing that front-of-the-houseman with tenured GM Bernie Spring, late of Axis. 241 Winslow Way W., Bainbridge Island; 206-842-2448; www.madokaonbainbridge.com.

Share your news or restaurant tips with Nancy Leson: 206-464-8838 or nleson@seattletimes.com.