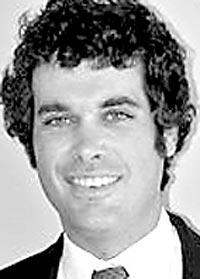 But conservative critics say some troublesome patterns have emerged in recent years. In their campaigns to unseat three justices up for re-election this year, these critics say the court is dominated by "activist judges" who "legislate from the bench."

When the court isn't usurping the power of the Legislature, they argue, it is often siding with government agencies and trampling the constitutional rights of citizens.

Alex Hays, one of the court's most vocal critics, describes the current majority as an "establishment, left-of-center political clique" and a threat to democracy. Hays runs Constitutional Law PAC, a political action committee focusing exclusively on judicial elections.

The seemingly contradictory charges — a court that is both overly deferential to the political establishment but also legislates from the bench — can be hard to follow. But they are the core themes being used by challengers in this year's court races.

The incumbents and their defenders say it's unfair to judge justices based on only a few cases.

"It's so easy to just pick five or six cases that have an emotional tug for some people," said Chief Justice Gerry Alexander, who is running for a third term and has been a judge for more than three decades. "It's easy for people to say it's an activist court. Usually, those are people who had a ruling not go their way."

Alexander said if someone wanted to paint him as a tough-on-crime, anti-government justice, they could probably find rulings to support that contention, too.

And the July 26 ruling upholding a state ban on gay marriage — perhaps the court's most significant decision in years — seems to contradict the characterization of this as a court that legislates from the bench.

"It's probably one of the least ideologically dedicated groups I've ever seen on the court," said Utter, who has given campaign donations to two of the three incumbents on the ballot. "If I were a lawyer, I'd be hard-pressed to forecast how things were going to turn out."

Supreme Court races have become yet another battleground for some of the state's most powerful interest groups.

The building industry and its allies are spending hundreds of thousands of dollars in their quest to construct a conservative, pro-property-rights majority. They are backing John Groen, a prominent property-rights attorney who is running against Alexander, and Republican state Sen. Stephen Johnson, who is taking on incumbent Justice Susan Owens.

If elected, Groen and Johnson would join justices Richard Sanders and Jim Johnson, both of whom were elected with big support from the building industry.

Meanwhile, a coalition of labor unions, trial lawyers and other liberal groups has formed a political action committee — Citizens to Uphold the Constitution — that is backing Alexander and Owens.

The other incumbent up for re-election is Justice Tom Chambers, who is being challenged by Jeanette Burrage, a conservative former King County Superior Court judge.

Groen said the "last straw" that persuaded him to run was the court's ruling last fall supporting an eminent-domain action by the Seattle Monorail Project.

In a 7-2 ruling — with justices Sanders and Jim Johnson dissenting — the court said the monorail could condemn a privately owned parking garage even though only a third of the land would be needed for a new train station.

The monorail project — which has since been shut down — had planned to use the remainder of the property to store equipment during construction, then sell or lease it to help offset the cost of the project.

In essence, that case and a subsequent ruling said government agencies have broad authority to determine when it's necessary to seize private property for public use.

But Groen and Sen. Johnson argue that, in eminent-domain disputes, the court has a constitutional duty to determine whether the government's action is for a legitimate public use.

They also point to two key public-disclosure rulings — both written by Alexander — as evidence that the court is overly deferential to the government.

In one, the court said government agencies can claim attorney-client privilege to withhold documents from the public, even when there is no threat of litigation. The other case sharply limited the penalties courts can impose on agencies for failing to disclose public records.

Sanders said some of the best examples of the court's pro-government bias are its rulings on citizen initiatives and referendums. The court has a history of rejecting measures that limit government power, and approving ones that expand it, he said.

"If you're a private citizen and you're fighting the government, you've got an uphill battle with this court," Sanders said.

Oftentimes, however, the ruling that Groen brings up first is one in which the court went against the government.

The ruling sparked an uproar, and within weeks the Legislature voted overwhelmingly to make it clear that assault could be used in charging felony murder.

But the ruling overturned nearly 300 murder convictions dating to the 1970s. In most of those cases, the defendants have since gotten shorter sentences and some have been set free.

Groen calls the case the "most tragic" example he's seen of the court legislating from the bench.

Alexander, who sided with the majority, says he realizes the ruling had far-reaching consequences. But he points out that the court's interpretation of felony murder was in line with how it is applied in nearly every other state.

Groen's allies at the Building Industry Association of Washington (BIAW) have accused Alexander of handing "get-out-of-jail-free cards" to hundreds of convicted murderers.

Alexander's defenders, meanwhile, point out that Sanders also was in the majority on the felony-murder ruling. And despite Sanders' stand in the case, Groen and the BIAW together donated more than $16,000 to his 2004 campaign.

Sanders said he doubts the BIAW or Groen really care very deeply about the felony-murder ruling, and speculated they are probably "trying to make a little political hay" by painting the court as soft on crime.

An ardent libertarian, Sanders is the court's most consistent when it comes to siding against the government — whether it's to protect the rights of a property owner or an inmate on death row.

Groen and Sen. Johnson say they often agree with Sanders on property rights and public disclosure, but not on criminal matters.

"My philosophy is probably more law and order than Richard's," Groen said.

Charlie Wiggins, a Bainbridge Island attorney who heads the state chapter of the American Judicature Society, sees inconsistencies in that message.

John Strait, a law professor at Seattle University, said it's a mistake to try to paint the court a particular way. If anything, he said, the fairest criticism of the court is that it's difficult to predict.

"The court doesn't really have a coherent center," Strait said. "At the same time, you don't have a lot of ideological agendas."

Many people were surprised by the court's recent ruling upholding the state's gay-marriage ban passed by the Legislature in 1998.

Gay-rights supporters had thought that an earlier ruling — granting co-parenting rights to a lesbian who had helped raise a child but had no biological connection — signaled the court might allow gay marriage.

And soft on crime? Tell that to Dayva Cross, who killed his wife and her two daughters in Snoqualmie. The court upheld his death sentence.

Cross' attorneys argued he should be spared, partly because Green River killer Gary Ridgway — who killed dozens of women — did not get the death penalty under a plea deal with the state.

Alexander sided with the majority in the 5-4 ruling on Cross. Sanders and Owens dissented.

"This court, in my opinion, is anything but soft on crime," said Eric Broman, a Seattle attorney who specializes in criminal-defense appeals. "It's never an easy ride for my clients down there."

There also are examples of the court ruling against the government and in favor of property owners.

In 2001, for instance, the court ruled unanimously that the Columbia Gorge Commission had overstepped its authority when it ordered a couple to move or raze a bluff home they were building in Skamania County.

In that case, Groen represented the homeowners and Alexander wrote the majority opinion.

Former Supreme Court Justice Phil Talmadge said he worries when he hears judicial candidates indicate they would vote a certain way on a particular issue. Talmadge, who frequently argues cases before the court, said justices should be "consistent in their own jurisprudence."

"But I want my judges to be just as the robes are supposed to symbolize — a blank slate," he said.

These two races will likely be decided in the Sept. 19 primary

In this race, the top two candidates will compete in November if no one gets more than 50 percent