Sort through Washington's most recent drunken-driving cases — involving 220,640 people since 2000 — and a name rises to the top:

William Gorsica, with seven driving-under-the-influence convictions, one as recently as March.

"It's a pretty shameful past," said the 47-year-old man who was released to a Lake Forest Park halfway house this summer.

Gorsica has plenty of company. More than 30,000 drivers in Washington state have racked up multiple DUI cases since 2000, according to a Seattle Times analysis of statewide court data.

Despite toughened laws and increased public awareness, keeping repeat drunken-driving offenders off the road continues to be a frustrating challenge for state and local authorities.

The issue has received intense public interest in the wake of two recent high-profile drunken-driving cases. Last week, Susan L. West, 48, who served six years for killing a pedestrian while driving drunk, was sentenced to one year in jail, the maximum, for her fifth DUI offense.

Last month, Mary Jane Rivas, 31, who had cocaine in her system and an outstanding DUI charge, drove her SUV through a red light at 80 mph and killed rookie Seattle police officer Joselito Barber, police say.

Those high-profile cases raise the question: Why are drivers such as these still on the road and what can be done about them?

A look at the history of repeat offender Gorsica, interviews with experts, and the Times analysis provide some insight.

First, most people charged with DUI are not convicted of that offense.

Of the 220,640 people with DUI offenses since 2000, only 43 percent ended up with DUI convictions, according to the Times analysis. Twenty-seven percent were convicted of reduced charges such as reckless driving. Judgment was deferred in 12 percent of the cases, with charges to be resolved after the offender met or failed to meet conditions such as successfully completing treatment. About 17 percent of the charges were dismissed.

Gorsica has had at least 25 driving offenses in Washington state, including his seven recent DUI convictions and an eighth from more than a decade ago. He has faced DUI charges in municipal and districts courts in Lakewood, Olympia, Tenino, Tumwater, Pierce County and Thurston County.

He has been fined; his license has been suspended; judgment has been deferred in some cases; he has been sent to treatment and jailed. He continued to reoffend, however.

On Dec. 19, a Pierce County officer noticed a blue Chevrolet heading northbound on Interstate 5, drifting across lanes and rumble strips and nearly colliding with a semi-trailer truck.

Gorsica, the driver, was pulled over and failed two blood-alcohol tests with results above 0.20, more than twice the 0.08 level needed to be considered intoxicated in this state.

In March, he pleaded guilty to driving under the influence and driving with a suspended license. He was fined $2,821 and given six months in jail, minus 49 days for time served. He is not supposed to drive for five years, when his probation ends.

This summer, the court found him to be in compliance with his new treatment program, and he was allowed to move into the Lake Forest Park halfway house. Gorsica, who has a geography degree from a Colorado college, now works at a store on Aurora Avenue North in Seattle.

There is no guarantee that drivers such as Gorsica won't be back on the road.

But if Gorsica or any of the state's other multiple DUI offenders do get caught again next year, they face far stiffer punishment. A new law takes effect in July 2007 that will make a fifth DUI conviction, within 10 years, a felony — with punishment of up to five years in prison.

The number of DUI charges has remained fairly steady over the past decade, according to data from the state Administrative Office of the Courts. However, the number of deaths resulting from DUI has fallen in recent years, except for a spike last year to 268, a preliminary figure, said Lowell Porter, director of the Washington Traffic Safety Commission.

The state has steadily toughened other laws in the 10 years since repeat-offender Susan West sparked public outrage.

West had at least four previous DUI arrests and 20 other traffic offenses when she was drunk behind the wheel and hit and killed Mary Johnsen, a 38-year-old mother walking with her husband on the Sammamish Plateau. West was convicted of vehicular homicide in 1997.

Since then, the state's blood-alcohol drunken-driving standard was lowered to 0.08 from 0.10 and authorities were given the power to impound vehicles and require DUI offenders to install devices on their cars that would shut down the ignition if they tried to drive after they had been drinking.

Each additional DUI conviction allows for increasing penalties. The state's penalties are in line with those of the rest of the nation, according to the Insurance Institute for Highway Safety, an industry research organization.

"The laws are pretty tough," said Geoffrey Burg, a Seattle lawyer specializing in defending DUI clients. "Unfortunately, there are always going to be Susan Wests in the world."

Like Gorsica, West had been prosecuted in many courts. Phil Salzberg, research director for the state Traffic Safety Commission, said the judges in the various courts didn't know about West's other violations. If they had, they might have given her more jail time, more rigorous treatment and other penalties, Salzberg said.

He said the same slip-ups still happen today. "We have data, but it's not connected," he said.

Under the current system, there are separate files for arrests and other files for blood-alcohol readings, Salzberg said. Court matters and probation records are found in still other places.

Salzberg and others involved in the field have pushed for the creation of a unified database of DUI offenses that would allow the criminal-justice system to better track offenders.

The state has not implemented the unified tracking system, largely because of the cost and complexity of setting up such a system, officials say.

However, the state is developing a system called eTRIP. It will use bar-code readers and upgraded hardware in 400 State Patrol cars to move away from paper tickets. The statewide system could provide state troopers with quicker, more complete access to DUI information. It is expected to be in place by 2008.

The 80-page report produced 14 recommendations, including establishing a system of DUI courts "as a way of getting some consistency around the state."

The state's first DUI court is planned to start in Spokane this year or next.

Whether those improvements will deter multiple offenders such as Gorsica is hard to forecast.

"Not even Bill knows why he does the things he's done," said his rehabilitation supervisor, Steve Dalton.

"He would have been an all-right guy if it wasn't for the booze." 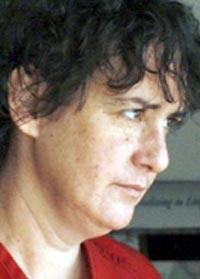 DUI penalties follow two tracks. The state Department of Licensing can impose a license suspension, and the criminal-justice system can impose jail, fines and other penalties.

First DUI conviction in seven years: A 90-day license suspension, up to one year in jail or 15 days in electronic home detention, fine of up to $5,000, plus other penalties such as a probationary license.

Second DUI conviction in seven years: Two-year license suspension, 30 days to one year in jail, fine of up to $5,000, plus other penalties.

Third DUI conviction in seven years: Two-year license suspension, 90 days to one year in jail, fine of up to $5,000, plus other penalties.

Fifth DUI conviction in 10 years: A felony with a prison sentence of from 15 months to five years.