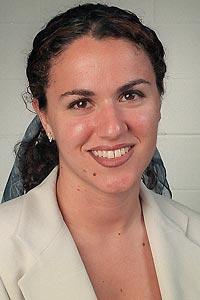 To my dear journalist friends,

People keep asking me if I regret coming, but of course I don't.

The past month has been incredible.

It has been – by far—the best month of my life. This country, when things are normal, is magical. It's the land where my parents grew up before they fled to Seattle at the start of the civil war in 1975. I came here this summer for my first real sabbatical, to get to know my relatives better, and to attend an amazing journalism conference sponsored by the US State Department. Heck, Ted Koppel was here. The CEO of the Discovery Channel was here. It was a world-class event at a world-class hotel.

I had my first Lebanese birthday party – surrounded by my 20-and-30 something cousins. Our long table was full. We watched the World Cup, ate dozens of mezza plates like hummus and tabbouli, then danced to a live Lebanese band. I'd always dreamed of celebrating my birthday with family, and I finally did.

I attended my first Lebanese funeral – more than 1,000 people came to wail and say goodbye to the grocery-store owner of my dad's village, Kafarchima. As the men of the village carried the coffin to its resting place, one man yelled out poetry about the man's life. I waited in line for more than an hour to pay my respects to the family, and nearly everyone screamed their tears. I'd never seen such open displays of grief.

The next day, I went to a 700-person beach party, complete with string-bikini clad women, at one of the city's fanciest beach clubs.

Nearly every night, I went to a sidewalk café with friends, or an outdoor arts festival, or a concert, or a coffee shop. I never went to bed before 2 am.

I write this from my uncle's house north of Beirut, trying to stay out of danger.

When the Beirut airport was first bombed, I was visiting him and his family in this town near Byblos. I was safe. No one bombs here.

I thought I was fine. I listened to the complaints of the local town folk (a DJ who said he no longer had business, a 42-year-old mom who cried and told me she didn't want her children hearing bombs like she did for so long).

But today, I was sick of sitting at home and went to the beach with a friend. It was a private, fancy beach, near the port of Jounieh. We thought we were safe.

Two weeks ago, the beach had about 800 visitors. Eating at the hamburger-and-shish tawook stand, playing on the basketball court, swimming in the Mediterranean Sea.

Today, there were 20. I counted them. The employees sat around doing nothing. The guy I bought an ice cream bar from, a 23-year-old telecommunications graduate, said he was sick and tired of his job but because of Lebanon's poor economy, he was stuck.

While we were at the beach, everyone ran to see smoke. "Oh, a bomb has hit the Port of Beirut," they said. Most of them were nonchalant. They'd seen much, much worse during their civil war. But I hadn't.

Then, as we were getting into the car, I heard my first bombs. Loud, like a huge fireworks show a few feet away. I'd heard bombs on television, but nothing – and I mean nothing – compares to what it's like to be there, watching people running for their lives all around you, smoke billowing in the air. We turned on the radio and learned that the Port of Jounieh was hit.

My friend rushed me home, and while we were in the car, he was calm. I was hysterical. I got home and burst into tears. "I want to go home to Seattle, I just want to go home," I kept repeating.

I arrived at my uncle's house, and broke down even more. After everyone either made fun of me ("Oh, she hasn't seen anything yet") or comforted me ("Sorry dear, we've been through much worse). I was told to get dressed; we were going to a birthday party.

So that's where I spent my evening. At a birthday party. Last night, I went to a wedding of some friends from San Francisco. (Though the reception was cut short so that people could get home early). Does it seem odd to live "normally" while the country you're in is being bombed?

Maybe not, but that's what the Lebanese do. At least, some of them. My cousins in Beirut are crippled with fear.

As for me, I know I'm going home soon. I'll be evacuated with the Americans this week. Gone are the rest of my summer plans. Seeing Liza Minnelli perform at an ancient castle called Beiteddine; seeing Diane Schuur perform at the Roman Ruins at Baalbek. Attending two more weddings.

I feel guilty that I'm able to leave, and my family can't.

I was planning on staying here with my uncle for a few more months, waiting things out, but after hearing the bombs today, I know my nerves can't handle it. For now, I keep myself busy with mundane things: I have to get my stuff from my aunt's house in West Beirut, but everyone is afraid to drive me there. I want to say goodbye to her, and to my cousins. Then, I have to decide which half of my belongings I am going to leave behind. We're allowed one suitcase in the evacuation.

Sounds like a stupid thing to mention, maybe, but with every painting, every book, and every gift I sift through, I will be reminded why we must never, ever take our freedom for granted.