Marcy Bloom in an examination room at Aradia Women's Health Center. During her 18 years at the abortion clinic, she doubled the staff and added bilingual counselors. (TOM REESE / THE SEATTLE TIMES)
By Cara Solomon
Seattle Times reporter

Marcy Bloom sat in a flowered sundress last week, surrounded by photographs of family and talking about faith.

Down the hall were three exam rooms with white cotton curtains on the windows. Thousands of women have gotten abortions in those rooms. Bloom has held the hands of many of them.

"I see this as the work God sent me to do," said Bloom, 54, executive director of Aradia Women's Health Center on Seattle's First Hill.

Bloom, a longtime champion of abortion rights who has become a national figure in the movement, left Aradia Friday after 18 years, hoping to work abroad and spend more time with her family. During her tenure, she has doubled the staff at the abortion clinic and added bilingual counselors. She has debated leaders in the national anti-abortion movement and become a mentor to clinics in other countries.

In her years at the forefront, Bloom has fought not only for access to abortions, but to change the way that some people view abortion as either tragic or immoral. She has described it instead as a "normal and common" experience in the lives of women — a "moral good" that saves lives and prevents unwanted children.

"You can be sincere, and be sincerely wrong," he said.

Bloom's commitment goes back 35 years to the days when her home state of New York was one of the few to allow abortions. She would show up at the airport wearing a red smock, a signal to women that she was their ride to the abortion clinic.

For Teresa Goepfert, former clinic manager of Aradia, working beside her was an inspiration.

"Her dedication is really important for those of us coming up in the next generation," said Goepfert, who left the clinic to become a doctor. "We don't want to lose sight of the harder times."

Bloom grew up in Brooklyn, N.Y., with talk of human rights at the dinner table. Even so, she said, her parents seemed to prime the girls only for marriage. She went to college anyway, got a master's degree, and settled into a career in women's health care.

The passion was personal. In high school, before abortions were legal, she accompanied her best friend to Pennsylvania, where the girl met strangers in a parking lot and was taken blindfolded to get the procedure. It cost $1,000, which the girls raised with the help of their friends.

When Bloom joined the movement, feminism was still trying to find a voice. She stumbled along with it. She was loud and aggressive, refusing to look for common ground.

Then, Bloom said, she grew up. Now her words are practiced and polished. She leans into conversations, listens hard and stays longer than most, trying to find consensus.

"Marcy is one of the only people I know who still says sisterhood is powerful and believes it, and acts on it," said Lisa Stone, executive director of the Northwest Women's Law Center, a Seattle nonprofit.

When Bloom moved to Seattle in 1979, she saw the word "feminist" in Aradia's mission statement and had a feeling she had arrived home. It was a small, grass-roots clinic, "health care for women, by women" providing a range of reproductive-health services.

Under her watch, Aradia's budget grew from $300,000 to $1.2 million. She reached out to underserved women, including those in the gay, bisexual and transgender communities. Just last year she carried a suitcase of abortion implements with her on a vacation to Mexico to give to a women's clinic there.

In some ways, Bloom comes across as a traditional family woman, said the Rev. Monica Corsaro of the state's Religious Coalition for Reproductive Choice and a campus minister at the University of Washington.

Bloom is proud of her Jewish faith. One of the reasons she is stepping down from Aradia is to take closer care of her parents. And she constantly talks up her husband of nine years, Domenick Dellino, who works for a bank. And the pink lipstick. The dainty jewelry. It is striking, Corsaro said, to see her standing in a long, lace dress, talking to a crowd of women with dyed hair and pierced noses.

The face of Aradia

Still, many others have come to see Bloom as the face of a place that has provided about 70,000 abortions over the past 30 years. She was there in the 1980s, when anti-abortion activists targeted Aradia and other clinics with threats of violence and blockades.

As far as Bloom knows, she has never made a hit list. She still drives a different way home every day, just in case.

"She's small, but she's a pretty fiery target," her husband said. "I worry about her sometimes."

Even after she leaves Aradia, Bloom will not be silent. The way she sees it, women's health is losing ground. Abortion has been banned in South Dakota. In Washington, there is a proposal before the state Pharmacy Board to allow pharmacists to deny medications, such as emergency contraceptives, on personal moral grounds.

Bloom says she may write a book. Or work with clinics in Latin America.

Hanging in the office she's leaving is a painting that reminds her of who she likes to be.

It shows a skinny cat, standing in front of a mirror. The reflection in the glass is a lion. 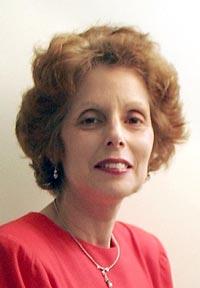