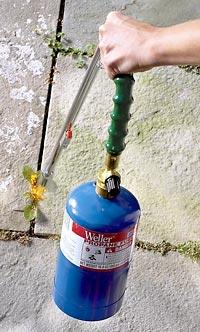 Gardening professionals rely on many of the same tools you do to eliminate weeds, plant perennials and trim unwieldy shrubs.

But we wanted to know which tools they truly depend on to get them through the day.

So we probed the minds of a few local garden professionals for three hand tools they can't do without. And we learned even the professionals spend a lot of time weeding.

Bloom raves about the Garden Claw (www.gardenclaw.com), which breaks up soil and makes planting fast and easy.

Also on the list for the award-winning, organic landscape designer is a flame weeder, an alternative herbicide to chemicals. A torch is connected to a propane tank, and the flame is used to burn weeds away. It's most effective on gravel patches for newly seeded weeds. You'll have to get on your knees to dig out established ones, she said.

She also favors the three-pronged fork, which has three flat tines. The fork is great for digging beneath weeds and removing the entire root mass so it doesn't come back, she said.

Peterson likes tools with style. One of his favorites is the ika hoe, a Japanese tool. The dual-use tool has a flat blade on one side and a three-pronged claw on the other.

"There's an Americanized version, (but) I think the Japanese versions are kind of chic," he said. "One side has a claw, the other side has a flat piece, so if you need to cut a root, you just bang away with that."

Peterson also relies on a hula hoe for weeding. The tool has an open metal loop that cuts through weeds.

"You go really quick, and it gets the weeds," he said.

But tools don't have to be complex — or even be "garden tools," really. Peterson depends on long screwdrivers for pulling out dandelions. They reach deep into the ground to get at a weed's roots.

Landscape architect Burke likes to tuck a pair of handy houseplant shears in his pocket when he's on the job.

"Since they're so small, they're easy to carry around and manipulate," he said.

You also will find him with an expandable rake. The tines expand for raking piles or leaves and narrow for use in a garden.

Like Peterson, Burke loves the hula hoe. Assistant nursery manager Megan Fletcher chimed in with one of her favorite tools, the hori hori knife. Serrated on one side, the knife cuts through perennials and weeds.

"That is by far one of my favorite tools, and amazingly durable," she said.

All these items are available at Classic Nursery.

The garden claw loosens soil for planting with a simple half turn. The device may also be used to mix compost. (GARDEN WEASEL DIVISION / BON AMI CO.) 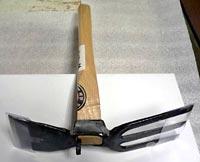 The three-pronged fork can be used to remove the roots of weeds. (SWANSONS NURSERY) 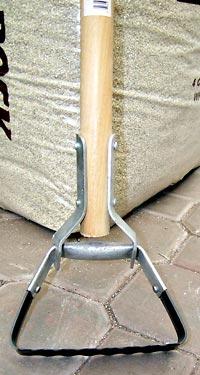 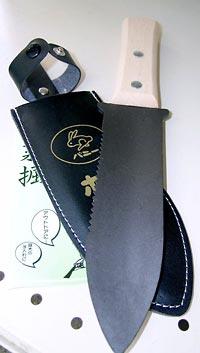 The hori hori knife can be used for digging out and cutting through weeds. (SWANSONS NURSERY)