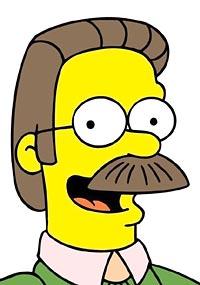 Harry Shearer, as the saying goes, is good people.

Lots of them. And his new releases from Courgette Records are side-splitting reminders of just how many. The DVD "Now You See It" includes the immortal "Men's Synchronized Swimming" and "Mike Wallace Investigates Minkman Novelties" bits from his "Saturday Night Live" years. The "Dropping Anchors" CD is filled with dry spoofs of Dan Rather and his species, from Shearer's long-running radio program, "Le Show" (online at www.kcrw.org).

To borrow from Andy Rooney, we spent A Few Minutes With Harry Shearer, 62, to discuss his news jones, his incarnations on "The Simpsons" and his departure from the left-leaning Huffington Post political blog.

Q: Where did your obsession with news anchors come from?

A: I'm a news junkie and I watch or listen to the news, and every single one of them kind of drove me crazy in a different way, so I got it out of my system by making fun of them. And I think their sort of united departure in a strange way put an end to a period where they really did set the agenda for what people thought was happening in the world.

Q: Seems like Anderson Cooper and Nancy Grace are signs the species is fading out.

A: Yes, and is not being replaced for the better. I speak as someone who thought it couldn't get worse, and I'm finding to my dismay it can.

Q: Are you talking specifically about Rita Cosby?

A: Well, Rita and Anderson, frankly. I think the decline is from a group of people whose pose was, "We know more about the world than you do because we can always put on our safari jacket, jump on a jet, 10 hours later get off at a trouble spot, ask four members of the crew, 'What's the mood here?' and then do a live standup about it" — to a world in which a guy does the same thing but now the pose is not that he knows more than you but that he feels more than you. It's the Oprahfication of the news.

A: Well, as Tom himself would call it (in deep, slurring Brokaw voice), a liquid "L." See, I had a head start because Tom was an anchor in Los Angeles, a local news anchor, before he went to the network. And as fair warning, he had a co-anchor — this is just sort of the cruelty of the network world — his co-anchor was a woman named Kelly Lang. So every night he would say, (slurring) "Kelly and I will be back at 11." And yet they thought this guy was the best they had.

Q: You said about Peter Jennings that you thought we were guarding the wrong border. In light of recent immigration news, are you prepared to revise that statement?

A: No, I still feel that way. I feel the Canadians are a bigger threat because they make more money.

Q: You're the best Alan Thicke imitator I've ever heard.

A: (Laughs.) Well, that is not a heated competition. But thank you anyway.

I worked for Alan on "Fernwood Tonight," and nothing makes you crazier than working for a guy in terms of his foibles and idiosyncrasies. I don't like people being good sports when I make fun of them, but Alan agreed to be in a movie that I made a couple of years ago — playing himself, of course. I wasn't available because I was busy directing it.

Q: He appreciated the way you captured his jadedness.

A: The odd thing is, I think we realized when we did "Spinal Tap," a bunch of us, is that very often the people you think you're skewering savagely and might react with outrage or hurt are instead just flattered that you're doing them. We ran into so many heavy-metal bands who were just flattered that we were making a movie about them, even though we weren't, say, admiring.

Q: You have a new movie coming out with Christopher Guest and Michael McKean?

A: Oh, the whole batch. Fred Willard, Catherine O'Hara, Eugene Levy, Parker Posey, Jane Lynch, Rachael Harris, Ricky Gervais and a whole bunch of other folks familiar from "Best in Show" and "Mighty Wind" and "Waiting for Guffman" — and it comes out in September.

A: "For Your Consideration." It's about actors who are about three rungs below the top of the ladder who suddenly get a fairly bizarre case of Oscar fever, and what happens in the world around them as a result.

A: I have been for the first year of its existence, the editor of its media review area called "Eat the Press." That's going to come to an end because I sort of am moving on. I ended up writing a lot more than I thought I was going to, and I just need to do other stuff. I've got a book coming out and other things. But I'm glad I did it. Everything changed for me after Katrina because I'm a part-time New Orleanian, and I had a place to shout about the fairly tragic failure of the national media to get that story right.

A: The book is my first comic novel, which is called "Not Enough Indians," about Native Americans, gambling and related subjects.

Q: "Saturday Night Live" has been getting harsh notices. Do you find watching it painful these days?

A: I haven't watched the show in, now, I guess it would be decades.

Q: OK, so put you down with Shatner talking about "Star Trek" spinoffs.

Q: How many characters do you do on "The Simpsons"?

A: He does seem to be doing well in the current environment, doesn't he? Based on the response I get from people, I would say Burns and Flanders are the two that people seem to relate to the most. And so (in Burns' voice) they're my favorites.

Q: Seattle is the home of the Discovery Institute. What would Ned Flanders have to say about intelligent design?

A: There's actually an episode next fall, I believe, where he pressures the local school to start teaching intelligent design, so you'll know then.

Q: "The Simpsons" cast was responsible for the only tolerable episode of "Inside the Actors Studio."

A: (Laughs long and ruefully.) Tolerable for you maybe. You didn't have to sit there for six hours during the taping.

Q: That host can be pretty annoying.

A: Well, we were on our best behavior, but he wasn't. He had 250 or 450 or 1,250 three-by-five cards and he was going to ask every question on every one of them. It did strike me as bizarre that given the show was about people behind the characters, every time he got us to do one of the characters it seemed like they cut from us to footage of the animated characters.

Q: Will the "Simpsons" movie contain nudity to get people into theaters after seeing them for free on TV all these years?

A: I don't think I'm at liberty to say what it'll contain. They'll kill me. 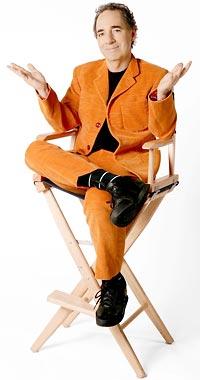 Harry Shearer, writer, actor and master imitator, has a CD, DVD and book out &#8212; with a new movie slated for the fall. (COURTESY THE LIPPIN GROUP) 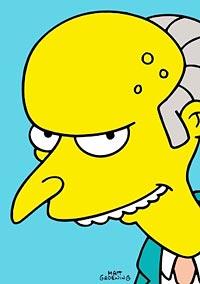