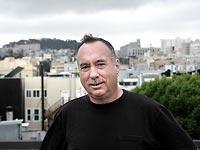 It's been more than three decades since Paul Barwick and John Singer walked into the King County auditor's office and, amid the glare of news cameras, requested — and were refused — a marriage license.

In the annals of the gay-rights movement, the men were revolutionaries: Thirty-four years ago this month, they became the first gay couple in the state, and the second in the country, to sue over the right to marry.

A King County Superior Court judge and later the state Court of Appeals rejected their claim that state law denying them the right to marry was unconstitutional. Their case, Singer v. Hara, has become case law — cited by gay-rights lawyers as an outdated reference point and by their opponents as an enduring legacy.

Now 59, and living in San Francisco, Barwick awaits with particular interest a ruling from the Washington Supreme Court on a same-sex marriage lawsuit by 19 gay and lesbian couples who have taken up the fight he and the late Singer began.

"What's surprising to me is that this is a question now that can go either way," Barwick said by telephone from the Bay Area, where he works as an administrative assistant for a building-permit processor.

Same-sex unions are no longer uncharted territory: Two Superior Court judges in Washington have ruled in favor of such unions, and Massachusetts already grants same-sex marriage.

"Now it's a serious question," Barwick said. "Back then it was a lark — a way of getting people to realize there were gays here. We were an invisible minority. I never thought we could get this far, this fast."

"Yeah, it's been fast," he said. "We're talking about the g-g-g-g-gay period," he said, referring to the reaction of a Seattle city employee in the early 1970s when, in a telephone conversation, he said he was calling from the Gay Community Center.

"She's literally dropped the phone on the floor and I heard her gasping to a co-worker, 'the g-g-g-g-gay people are calling.' That's not bad for 30 years."

In the early 1970s, Barwick and Singer lived among other young gay activists in a commune on Capitol Hill.

Barwick had served three years in the U.S. Army during the Vietnam War era and worked as an emergency dispatcher for the State Patrol before enrolling at Olympic College in Bremerton to further his career in law enforcement.

There, he revealed to a campus nurse that he thought he might be gay and later outed himself in front of 200 fellow students.

That done, Barwick said, he knew he could not return to the State Patrol and instead moved to Seattle to join the activists.

There he met Singer, a crusader for gay and racial rights who in 1973 changed his name to Faygele benMiriam. Singer wore dresses to his job at the federal Equal Employment Opportunity Commission. And when the agency fired him in 1972, he filed a discrimination suit against it and five years later persuaded the U.S. Supreme Court to vacate his firing. He died of lung cancer in 2000 at the age of 55.

Barwick said the two men were in a "close non-monogamous relationship, closer than any other two people in the house, but not necessarily in a love relationship."

In the early 1970s, Singer was the only one in the house who worked — bringing home paychecks that allowed the others to be activists. In addition to the Gay Community Center, they established a halfway house for gay parolees and a counseling center for sexual minorities. They organized demonstrations against the Vietnam War.

"We were 'here, queer and weren't gonna take it anymore' and all that," Barwick said.

Though the 1969 Stonewall riots in New York were a catalyst for gay activism across the country, most gays remained in the closet. "People could know each other for years and yet not tell each other their names."

In 1971, when gay activists invited state Sen. Pete Francis to speak at the community center, the Seattle Democrat told them about efforts to update state laws and with a wink and nod explained that marriage was now defined in laws as a contract between two people — not specifying a man and woman.

On Sept. 20, 1971, the men walked into the King County auditor's office and requested a marriage license.

Though they were turned down, Barwick said, the action itself was significant. "There were an awful lot of young people who saw this on the news and called to say they'd never met another gay person.

"They thought they were the only ones. At times when I thought that maybe my life was all screwed up, those messages made it all worthwhile."

Lloyd Hara, the auditor, contacted the prosecutor's office to see if what the men were asking for could be done legally.

"It was a very unusual request," said Hara, now a Seattle Port commissioner.

The response was the same eight couples would receive 33 years later when, in 2004, they, too, sought and were refused licenses to marry.

The eight couples sued the county on grounds that denying them marriage licenses was a constitutional violation.

They prevailed, as did 11 other same-sex couples who sued the state that same year. The two cases were merged and argued a year ago before the Supreme Court.

Singer v. Hara never made it that far.

Barwick and Singer sued Hara on April 27, 1972, claiming denial of a marriage license violated their constitutional rights under the recently enacted Equal Rights Amendment, which barred discrimination based on gender.

Personally, Hara said recently, he agreed with them.

"As a person of color, I've always been concerned about discrimination against anyone. I thought it was wrong then and I still firmly feel the same way."

But a King County Superior Court judge rejected Barwick and Singer's claims of discrimination, and the state Court of Appeals upheld that ruling, saying the refusal was "based upon the state's recognition that our society as a whole views marriage as the appropriate and desirable forum for procreation and the rearing of children."

The arguments are similar to those in the 1998 enactment of the Defense of Marriage Act, a state statute that defines marriage as between one man and one woman. And they are the same arguments lawyers for the state and a group of interveners made in defending DOMA before the State Supreme Court.

These days, Barwick said he's not in a relationship, or even particularly active in the gay community.

From his perch in the Mission District of a city where, he said, "it's practically a requirement to be gay," he's seen change sweep the gay movement.

People are more aware of gay relatives, friends and neighbors, he said, and on that front, those who oppose gay rights are losing.

"What it takes is us being out and open and people getting to know who we really are."