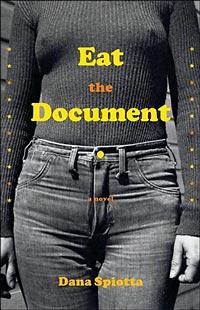 By John Freeman
Special to The Seattle Times

Unlike so many other countries in the world, America does not have an active movement of homegrown terrorists. But it once did. In the 1970s, members of the Weather Underground set off bombs, broke Timothy Leary out of prison and dodged one of the largest FBI manhunts in the nation's history.

It's beginning to seem like the greatest legacy of that period might be literary. In recent years a flurry of excellent novels about former revolutionaries has hit the shelves, from Russell Banks' "The Darling" to Christopher Sorrentino's "Trance," which recalled the kidnapping of Patty Hearst.

But neither of these books has quite the topical feel of Dana Spiotta's scintillating second novel, "Eat the Document," which meditates on what happens when the revolutionary spirit gets funneled into suburbia's cul-de-sacs.

As the book opens, Mary Whittaker goes underground to avoid detection, dumping her past and identity like a sack of stolen goods.

Fast-forward into the future, and Mary is now Caroline, a single mother raising her son in Seattle. Her former paramour, Bobby DeSoto, has become Nash, the manager of a leftist basement bookshop, which he runs on the cheap for a former Vietnam War veteran.

Flashing back and forth across time and between generations, Spiotta creates a mesmerizing portrait of radicalism's decline. Watching the counter at his store, Nash looks the other way as rich "activist" kids shoplift books in a pathetic gesture of giving it to the man. Caroline's son tunes into music without any sense of its cultural context.

Style has indeed triumphed over substance in America, Spiotta suggests, as the left-wing young who should have inherited the values of their parents consume them instead.