How to scoop up party dips? How about with La Panzanella's Croccantini, being made here at the Seattle bakery. (BETTY UDESEN / THE SEATTLE TIMES)
By Nancy Leson
Seattle Times restaurant critic

Football is not my game. Actually, I don't have a game.

Unless you call eating a sport. But just like many of you, I plan to be sitting in front of the TV at a Super Bowl party Sunday, knocking back a few beers, noshing on Super Bowl snacks and rooting for my beloved, er, uh — what's that team's name again? Truth? I won't have the faintest idea what's going on out there on the field, having never watched more than a few minutes of football in my life. Which is why I'm issuing fair warning to my happy host: Shoot me now, because I'm going to be asking plenty of questions later.

As for what I'd like to be snacking on, no questions there: I've put together a lineup of dream-team eats, a personal bonanza of buffet-table bounty — all bearing local labels. My menu includes some terrific takeout options along with packaged goodies widely available at area supermarkets and specialty food stores.

My Super Bowl spread wouldn't be complete without a big, colorful sushi platter, which, as anyone who frequents local sushi bars will tell you, can cost almost as much as 30 seconds of air time during the Bowl game. That's why a trip to Sushi Land for a "party set" ($30), is a veritable bargain. Nervous about the idea of raw fish sitting around too long or freaked out about eating raw fish at all? Relax. Refrigeration is key, this stuff won't last long and there are plenty of other options at Sushi Land (Open 11 a.m.-9 p.m. daily; www.sushilandusa.com). Seattle: 803 Fifth Ave. N., 206-267-7621. Bellevue: 138 107th Ave. N.E., 425-455-2793.

What with Salumi Artisan Cured Meats showing up on restaurant menus all over town, you'd think I'd have had enough of the stuff. Hah. Never! Perhaps you've been staying away from Pioneer Square's vaunted salumeria because you've heard they keep limited weekday hours and it's Sardine Central in there with people lining up three-deep and out the door for meats and sandwiches. Guess what? You heard right. But once you taste Salumi's finocchiona, hot sopressata and lamb "prosciutto," you'll see why scoring at Salumi has become an endeavor worth tackling. 309 Third Ave. S., Seattle, 206-621-8772, www.salumicuredmeats.com. 11 a.m.-4 p.m. Tuesdays-Fridays.

I'd be inclined to hang out at the bar at Greenwood's Olive You on Sunday, drinking raki in the glow of owner Timor Leno's nearby deli case. Here, dozens of Turkish (and other) delights await. But there's a better reason to stop at this garlicky grocery-cum-taverna: to stock up on Med spreads (try the "Seattle Spread" with herbed feta), stuffed stuff (pickled peppers, mushrooms, cabbage), marinated seafood (white anchovies, octopus, shrimp) and a world of bright olives. No time to pick and choose? Call ahead and have a party platter waiting. Prices run the gamut but if a recent sampling is any indication, $40 buys food enough for six serious snackers. 8516 Greenwood Ave. N., Seattle, 206-706-4121; www.olive-you.com. Retail hours: 10 a.m.-10 p.m. (later on Fridays-Saturdays) daily.

As for Super Bowl sweets, I'll be popping into my favorite pho house, Than Brothers (now with nine locations) for a tray of banh choux a la crème. These fresh, cream-filled pastry puffs are pop-in-your-mouth easy to eat and at $6.25 for 15, way cheaper than Dove Bars. www.thanbrothers.com for locations, open 10 a.m.-9 p.m. daily.

Out and about in Greater Seattle this week, I'll be sure to seek and find these notable noshables:

What to spread it on? La Panzanella's Croccantini. These crisp crackers come in several flavors, including my salmon-spread favorite, fennel (about $6/bag, sold just about everywhere).

Speaking of schmearables, I've long been addicted to the babaganouj and hummus that formerly bore the Saleh al Lago label. Now sold as "Middle Eastern Specialty Food by Dreamland," these dreamy dips, available at Larry's Markets and Village Thriftway (where they cost $4.29), deserve a place on every table. Right next to some pita from Everett's Pita King Bakery. Worth noting: In honor of the Super Bowl, Pita King's pita chips are on special this week — three bags for $5 — at Central Markets (Shoreline, Mill Creek, Poulsbo), Ballard Market, Greenwood Market and Town & Country Market on Bainbridge. Me? I'll be fumbling for a couple bags of Pita King's fresh-pita "minis."

Once you get your first taste of Fruit Nut Crostini from Cashmere's Anjou Bakery (available at Pasta & Co., Whole Foods and Metropolitan Markets), you won't care that it costs a small fortune (about $10 for a 10-ounce bag). I can't get enough of this marvelous mix of multigrains, dried fruits and nuts. The crostini tastes incredible as is, and even better when topped with cheese. You could think globally (a runny French Chaource), or eat locally, choosing something from Beecher's Handmade Cheese in Pike Place Market (where you can also pick up Anjou's crostini). My favorite Beecher's product? The Madagascar peppercorn-infused Marco Polo — a mix of cheddar and gruyere ($13.95/pound) — that's also available at many grocers, including Top Foods and PCC. 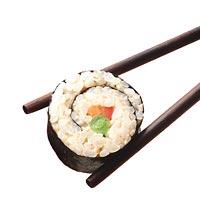 What are you serving for the Super Bowl?

Seahawks fans are sharing plans and recipes in our Seahawks forum. Join the conversation.