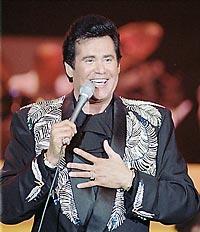 When Seattle Sonics guard Ray Allen wanted a limited edition Sidekick, he did what any respectable All-Star would do — he used his clout to get the mobile phone sent here from one of the five cities where it is being sold.

Why would someone go through the trouble?

If you have to ask, you probably aren't cool enough.

The Sidekick, sold exclusively by Bellevue's T-Mobile USA, has made it into the hands and purses of the coolest music, entertainment and sports celebrities, becoming the BlackBerry for this elite slice of cellphone users.

At a Los Angeles party where T-Mobile launched a new model recently, celebrities clamored for one, creating a scene when the supply ran out.

The popularity of the Sidekick speaks to how mobile phones, with their ability to do more than make or take phone calls, have become fashion statements, a notion encouraged by wireless carriers. The carriers call it "personalization."

"Fashion is not just the domain of clothing," said Michael Gallelli, T-Mobile's director and head of product marketing. "What we've seen over the last couple of years is users downloading content to reflect their personality. It has become a big business."

For T-Mobile, that has meant identifying the Sidekick as the cool device hip enough for celebrities. A rare TV commercial last year showed Snoop Dogg, Paris Hilton, Burt Reynolds, Wayne Newton and the Wee Man from MTV's "Jackass" all using the Sidekick.

But the company's efforts to push the phone, which is known for its easy messaging capabilities, aim at an even more well-defined and sought-after niche: the hip-hop world. Sponsorships such as The Source Awards for hip-hop music and celebrity freebies have been key to creating a buzz around the product.

In a nod to how cool the Sidekick may be, T-Mobile recently released two limited editions that epitomized its chill factor: a black Mister Cartoon edition and a pink Juicy Couture. Only 15,000 of each were made.

The brand names resonate with people in the know. In other words, if you have to ask, you probably aren't cool enough.

Works of tattoo artist Mister Cartoon have been inscribed on the bodies and album covers of some of hip-hop's biggest stars, from Eminem and 50 Cent to Dr. Dre. Trendsetting Juicy is known for selling expensive, high-end sweat suits that are worn from the gym to the nightclub.

Last month, it was the $400 Mister Cartoon edition Allen looked for at a Seattle T-Mobile store, not knowing it wasn't available here yet. Teammates Reggie Evans, Rashard Lewis, Damien Wilkens and Ronald "Flip" Murray all got one during a preseason trip to Los Angeles.

"Rashard had got one; everyone got one," Allen said. "Gadgetwise, you have to stay up to date."

Asked whether he used his name to get one, he replied, "What's your sources?" And added, coolly: "If I got it — great. If not — great. I didn't have to try that hard."

The Sidekick's rise in hip circles started as early as three years ago, when T-Mobile first rolled out the device.

Developed by a Palo Alto, Calif., company named Danger, the device it calls Hiptop was originally a different form and a gray-tone screen.

T-Mobile initially launched the early version, by calling it the Sidekick. It later sported a color screen and now the current version is a second edition (the Mister Cartoon and Juicy editions are jazzed-up Sidekick IIs).

The device gained acceptance in the hip-hop community after appearing as a prop in some of the hottest rap videos. The most notable street cred came when Jay-Z featured it in his video "Excuse me miss."

At the time, the Motorola two-way pager, which allowed text messages to be sent back and forth, was big in the music community. The Sidekick improved on the pager by also providing phone and Internet service.

In the video, Jay-Z rapped: "He 2 ways her, so she writes back." On screen, the image was of a Sidekick. From there, word spread that the Sidekick was a two-way on steroids.

Today, helped by this guerrilla marketing, the Sidekick draws customers considered the cream of the crop for the wireless industry, which is always trying to pull in a younger, hipper crowd willing to spend on staying connected with friends.

T-Mobile does not release statistics about Sidekick users, but according to M:Metrics, a Seattle-based measurement firm, about 250,000 of T-Mobile's 20 million subscribers have Sidekicks.

The makeup is young, educated and almost evenly split between male and female. Most fall below the age of 34.

Users are attracted to the Sidekick by more than the marketing, of course. Many prefer it to sitting down at a computer.

The large screen swivels and twists up to reveal a full thumb-friendly keyboard, making it easy to send e-mail, browse the Web and write and send text messages. A recent software upgrade allows the devices to access online invitations at Evite, video-rental Web site Netflix or MySpace, the popular social-networking site.

Sidekick owners use the devices a lot, with their average monthly bills surpassing $70, compared with $53 for all T-Mobile subscribers.

The devices themselves aren't necessarily expensive, compared with, say, an iPod, especially given their features. They come with a camera, cost about $250 and Internet access is a minimum of $30 a month.

At the same time, some find the device a little clunky, the camera is low-end and when browsing the Web, it can seem slower than a dial-up connection. It also has had security problem, having fallen victim to a couple of high-profile leaks, one affecting Paris Hilton and the other an FBI agent.

But sending electronic communications with two thumbs and a big screen is about more than functionality, it's becoming high-tech fashion in a nongeeky kind of way.

Just as the thin, stylish Motorola Razr cellphone has made it big in the business community, the Sidekick has been a defining mobile device in the cool crowd.

Murray, the Sonics player, said he traded in his Sidekick II for the Mister Cartoon version not because of better features, but because "it looks way better."

"We are going to be the only people in Seattle that's got 'em," he said.

Michael Gartnerberg, an analyst with Jupiter Research, said T-Mobile has nailed the niche that appeals to people who wouldn't otherwise be caught dead with a device made for a suit and tie.

The attitude is well represented at the limited edition Sidekick launch parties T-Mobile has hosted across the U.S.

Tina Lauzon and Mike Anderson, owners of Newcastle-based Fly Fashions, were invited to the L.A. party to give away their product, a mobile ornament that attaches to the Sidekick and serves as a kind of leash for the phone.

Lauzon, who has seen the market for personalization increase rapidly in the mobile world in the past year, said celebrities were adamant about getting a Sidekick; some even threw childish tantrums. She declined to name one celebrity whom she witnessed practically stomp her feet.

"Everyone wanted the Sidekick," she said. "It was almost embarrassing."

Ray Allen queues up the program to take a snapshot of teammate Reggie Evans on his Sidekick. Evans and teammates Rashard Lewis, Damien Wilkens and Ronald "Flip" Murray all purchased a Mister Cartoon edition of Sidekick during a preseason trip to Los Angeles. (DEAN RUTZ / THE SEATTLE TIMES)

Seattle Sonics' player Ray Allen, left, is engrossed in his Sidekick along with teammates, in back, Mateen Cleaves and Flip Murray; in front, from left, Reggie Evans, Mikki Moore and Damien Wilkins. (DEAN RUTZ / THE SEATTLE TIMES)

Rapper Snoop Dogg represented the hip-hop in the ad. 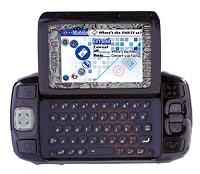 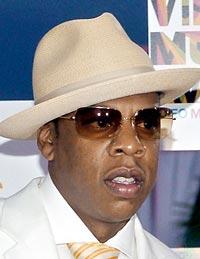 Jay-Z recently featured a Sidekick in one of his videos. 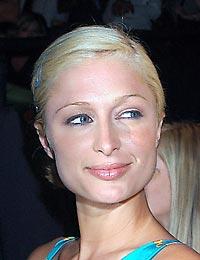 Socialite and TV star Paris Hilton was featured in a Sidekick ad.